Well Done to Cameron Bell and Tilly Simpson for getting selected to run for England (North) at the U20 International. Cameron finished 7th in his race with a time of 1.57.39 and Tilly came 1st in a close race in 2.10.17.

A great story of how on the 90th anniversary of his father winning the Hallam Chase in 1926 his son (aged 70 years) decided to run it in his father’s honour.

The “Hallam Chase” is a Handicap Fell race open to runners from South Yorkshire that has been going since 1862, and is well organised by Hallamshire Harriers.

The surfaces you run on are, road, grass fields with stiles, tracks and a steep rocky path call Den Bank. The field before Den Bank on the return leg produces some interesting running (walking) styles which can be seen on “YouTube Hallam Chase 2007”

As I live in Nottingham, I ran this race as a Special Guest by the permission of

I gave the organisers details of my recent races and was given a start time of 50secs. The last man started at 16m 40s!!!!

There were 63 runners this years and I started 5th and took it easy down the hill to Den Bank, overtaking 3 but being overtaken by 2 runners (who finished 1st & 2nd).

The fields and stiles to the stream in the valley went well, as did the start of the climb up the other side, as I moved into 3rd place!!!

The rest of the climb up the hill was good and I turned only about 150yds behind the leading two.

Returning to the valley was interesting, for as I ran down the field, runners were coming up, which presented difficult situations at stiles, small gaps and stone steps!!!

After the stream, I switched into Crawler gear, and started the climb up the fields. Unfortunately the field before Den Bank proved too much and I started to walk (see YouTube).

At the bottom of Den bank I was still 3rd, but a look over my shoulder showed a line of runners close behind. Den Bank was hard, and on the only flat piece of the course (50yds) I could not get my legs to run again and was overtaken by3 runners, but I got them going and ran up final part of the hill into the sports field, but was overtaken by more runners. The legs were still working, but 2 more

runners went past me on the final run in and I finally finished in 20th place.

On actual running time I was 57th out of 63, but as the only one over 70yrs I collected the prize for the Oldest Runner (2 bottles of Beer).

It was a very special and emotional occasion for me and I thoroughly enjoyed it especially as I was allowed to run in a Hallamshire Harriers vest.

The meeting today was so close we still haven’t had confirmation who has won.  With just the relays to go we were only 2 points behind Middlesbrough!!!!!

Whatever the final result the athletes put in a stunning effort today and again were the noisiest club giving loads of cheers and applause to their fellow athletes.

Well done everyone (including the officials who had a lot to contend with).

The Yorkshire Championships was a very successful weekend for Hallamshire, with many medals won from all age groups.

Well Done to all Athletes that competed, it’s great to see so many Medals being won and Personal bests being achieved.

performance in his debut at the marathon to win the Manchester marathon in 2:22:34. Steve was in a chasing group for the early part of the race, before coming through to take the lead in the latter stages to win in convincing style.

Pete Hodges hopes of running a PB were frustrated by a hip injury in the opening miles. Pete still managed to finish 111th in 2:50:52.

Cameron Bell opened his track season with a strong run in the 800m. Taking the lead at the bell, he held off senior athletes with a strong kick to record 1:56.12,

The Senior women’s team finished 14th. Nicky Squires got the team off to a good start on the opening long leg, finishing 14th in 31:46. Charlotte Slack, not helped by the cold conditions, was 19th on the 2nd short leg in 20:31. Hannah Whitelam, recovering from injury, was 20th in 20:54. Zanthe Wray on the 2nd of the long legs came in 15th in 32:51. Hannah Fletcher maintained her position on the next short leg with 19:06. Charlotte Ward, making her debut for the team, matched Hannah’s time to bring the team home in 14th in 19:06.

Many thanks to Hannah Whitelam, Nicky Squires and Andy Challenger for their hard work in getting the teams together.

A good start to the Youth Development League in Cleckheaton this weekend with many winning performances and Personal bests.

Our senior women produced an outstanding team performance to take the silver medal and with the men’s team finishing an excellent sixth place, it meant that HHS were the most successful senior team at the National cross country championships. This was backed up once again by some excellent performances by the juniors.

Hatti Archer again proved her class battling at the front of the race on a course that proved a true test of cross country running. Hatti was in contention all the way to the line, finishing 5th in 31:09. Lizzie Adams improved again on her performance at the Northerns to finish 25th in 32:36. Hannah Fletcher continued her fine form with her best ever performance at the National, taking 45th in 33:33. Zanthe Wray then brought home the team to the silver medal in finishing 65th in 34:11.

It was great to see so many senior men then start the final race and witness another fine team performance. Steve Bayton had another excellent run to take 21st in 44:07. Bertie Houghton provided great support with a fine run to finish 34th in 44:54. Rob Little continued his good form with a strong run in 63rd in 45:51 with Dave Archer running really well, despite losing a shoe on the opening lap, to give the team a great start in 76th in 46:05. Andy Challenger produced a strong run for 117th in 46:59 and Aidan Smith came through the field on the final lap for 141st in 47:32 to bring the team home in 6th, the highest finish at the Nationals for many years.

In the U17W race, Imani Wilson continued her return to fitness with a good run to take 72nd in 22:42 and Caitlin Tevendale worked hard to finish 140th in 24:31.

David Lewis also worked hard in difficult conditions to finish 180th in 19:05 in the U15B race.

Taylor Hill produced another fine run to finish 7th in 13:02 in the U13B race. Dylan Stevens made an excellent debut at the National running very strongly throughout to finish 148th in 14:42. Jacob Hartley came 366th in a time of 16:38.

Jodie Hill produced the outstanding individual performance of the day to finish 4th in 14:09. Jodie was in the leading group throughout the race, pushed the pace on in the middle of the race, and was narrowly run out of the medals in the final straight. Zena Hartley continued her excellent season with a fine debut at the National finishing 58th in 15:01. Tati Wilson showed good strength to take 126th in 15:35 with Mo Martin again finishing strongly in 144th in 15:46. May Quinn had a good run to finish 163rd in 15:55 and Katie Adams came 197th in 16:08. Holly Booker and Emily Hunter both ran well to finish 220th and 267th in 16:20 and 16:39 respectively. Lauren Chambers in her first National race came 369th in 17:33 and Jenna Hazard finished 414th in a time of 18:19.

Many thanks to our team managers Tina Wilson, Hannah Whitelam and Dave Archer who have helped to make this one of the most successful cross country seasons in many years for HHS

Jodie Hill finished her fine cross country season with another mature performance at the British Schools International cross country in Falkirk. Representing England in the junior girls’ race, Jodie coped well with the fast start, working her way through the field to finish 9th overall, despite being one of the youngest competitors. Jodie helped the England team to a comprehensive team victory. 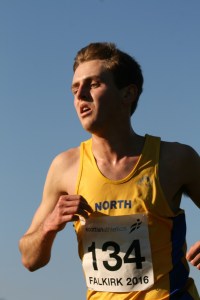 Steve Bayton and Bertie Houghton represented the North in the senior Home Countries race. Steve finished 10th in 32:28 with Bertie 12th in 32:50. Steve and Bertie claimed bronze team medals as the North finished third in the team competition. 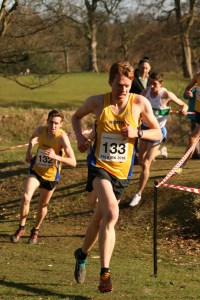 Joe Wilkinson also helped the North U20 team to the bronze medal with a strong run to finish 10th in 26:26.